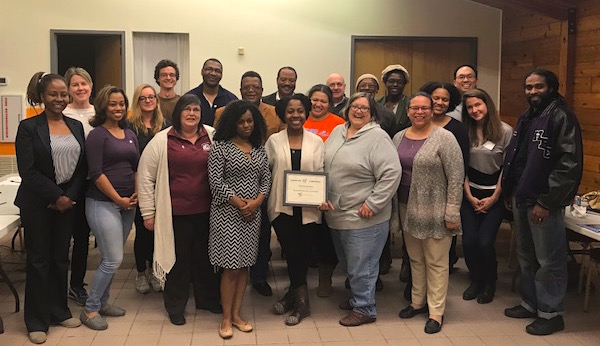 In the comfortable classroom at the Outdoor Activity Center in Oakland City, there are twenty- three “students” seated in a circle. We are participants in the TransFormation Alliance’s March 2018 Academy, focused on Equitable Transit-Oriented Development.  We are quite a mix: brown and white and black, twenty somethings to septuagenarians, native Atlantans to transplants.  On one wall is a map, and on another a timeline, sprawling several sheets of butcher paper, charting Atlanta from the 19th century to the present. At the instruction of our facilitator, Dwayne Patterson, all twenty-three of us push our pins into the map, indicating our home neighborhoods, and make sharpie-scrawled entries on the timeline.  In the moment, I felt self-conscious about my mark on both.  My home neighborhood is almost all white; long gentrified, it is has recently seen the same skyrocketing property values as nearby Edgewood and Old Fourth Ward. My entries on the timeline-- “Booker T Washington’s Speech at the 1895 Atlanta Exposition” and “Henry Grady’s New South Creed, 1880s” -- reflected my historian’s bent, but I worried they were textbook-y and not grounded in the local events that mattered most for our workshops.  One of my classmates, for example, had put “Summerhill Riots, 1966” referring to the four-day rebellion in nearby Summerhill following the shooting of a resident by police. But as the day unfurled, and as the academy progressed, my anxiety about my own capacity to contribute meaningfully was replaced by a sense of gratitude about the multiplicity of perspectives, experiences, and resources my classmates offered. Much more about assets than shortcomings, the Academy gave every participant the opportunity to share their insights and engage with those of their classmates-- whether those were experiences organizing against unjust development agendas as close as the West End or as distant as L.A.-- a diversity of experiences made for heated, intense, and moving discussions. 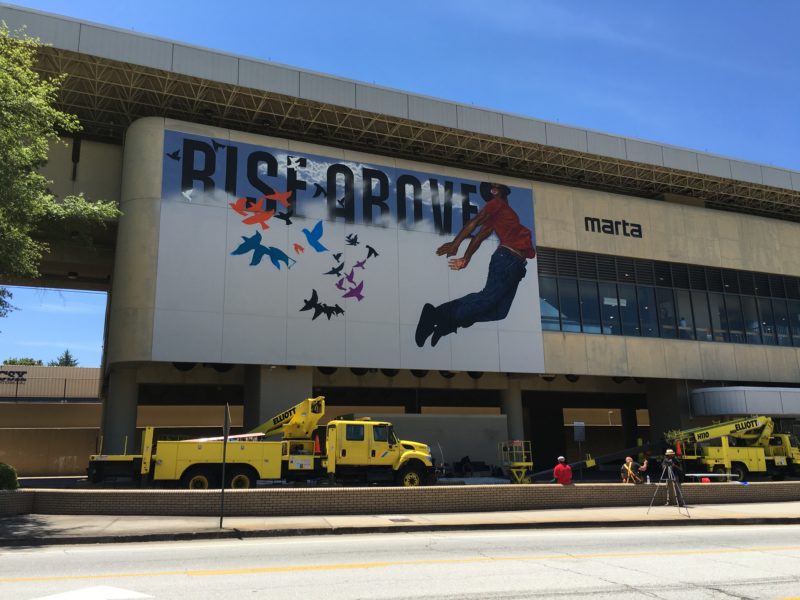 The rich curriculum ranged from health disparities and environmental justice; to race, power, and local history; to arts and culture in Atlanta’s neighborhoods, to the past and future of public transportation.  Our ostensible focus throughout was understanding and advocating for equitable transit-oriented development, but the subtext was that in order to be effective advocates and organizers, we first had to get to know, appreciate, and lift up each other’s perspectives, practices, and insights.  I was fortunate to be in the presence of some truly committed and seasoned organizers: Atlantans who had pushed hard for Community Benefits Agreements, not once but three times in subsequent waves of stadium-focused inequitable development. But I also wasn’t ashamed-- after my initial trepidation around the map and timeline and the subsequent deep and rich discussion of power and justice movements-- to be “green” when it came to CBAs and to the workings of local NPUs. Our facilitators-- from PSE, WonderRoot, Eco-Action, Georgia STAND-UP, Southface, Atlanta Regional Commission, and Safe Routes to School, among others-- all welcomed our engagement, whatever our level of experience, with their hard work to cultivate a more just city and state.  It is possible to celebrate progress-- Brandon of WonderRoot showed us images of the “Rise Above” mural at the King Memorial MARTA station, part of the organization’s “En Route” project-- while also calling out the lasting impact of past wrongs and pressing for development that reflects the lives and visions of current residents. That development will be accountable to the historic and contemporary marginalizing of Atlantans whose jobs, homes, transit options, and families were never at the center of the deal-making among developers, corporations, and politicians that have so shaped their communities’ health outcomes, economic opportunities, infrastructure, and cultural institutions. The Academy was a powerful educational experience, but also an inspiring network-building opportunity.  In the months since I graduated from the spring academy, I’ve been invited to engage with my fellow graduates through TFA’s work on affordable housing via the focus groups TFA has held around recommendations made by HouseATL regarding priorities for the 1 billion dollars that Mayor Bottoms has pledged for affordable housing.

In reflecting on the Academy, I understand now that the context we established through push pins and sharpie entries was the essential context of the learning we would do together in the academy.  But it was also the context for the work we will do together outside it: as advocates, educators, activists, and collaborators committed to specific goals around equitable transit-oriented development but also to the big map and long arc of a more just Atlanta.