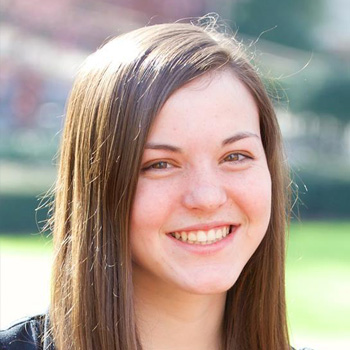 Nicole Kennard is a Materials Science & Engineering major, graduating in May 2017.  She is the President of Engineers for a Sustainable World, Leader of the Hydroponics Project Team, and a student liaison for the Center for Serve-Learn-Sustain.

I recently attended Serve-Learn-Sustain’s MLK Day of Service at Friends of Refugees in Clarkston, GA, which is about 20 minutes from Georgia Tech. 60,000 refugees have begun their journeys as new Americans in this area, and Clarkston has even been called “the most diverse square mile in America” by the New York Times Magazine.

Coming into this service day, I didn’t know what to expect, except for a day of hard work—which it was. I helped to build a sidewalk outside the community center, while others worked on cleaning up paths to the school. However, this day was more than just that; I got to meet community members in the area, interact with other GT students who I may have never met otherwise, and even start a new collaboration with Friends of Refugees.

Since I am also the President of Engineers for a Sustainable World, and the Leader of the Hydroponics Project Team, I was very eager to learn more about the new greenhouse that had recently been built at the community garden in Clarkston. The Hydroponics Team I lead at GT actually researches sustainable growing methods in the Cherry Emerson greenhouse, and I thought that my experience may be of some use to Friends of Refugees' new greenhouse space. As it turns out, we are now designing the interior systems of their greenhouse, donating hydroponic supplies, and building new hydroponic systems with their high school employees to teach them about urban farming methods. We have GT students working on the CAD layouts, others on the build plans, and even more working on the educational materials. This entire collaboration project is not only a great way for GT students to use their engineering skills for good in the community, but also a way for them to learn more about other cultures and the refugee community in Atlanta.

This project started because I was lucky enough to attend a service day with Serve-Learn-Sustain, and I am truly grateful for this experience and the people I was able to meet. In light of the current political climate, including the travel ban and the Executive Order banning refugees, the refugee community has been feeling personally hurt and rejected by the country they are now supposed to be calling home. This has hit home in the Georgia Tech community as well, and has become very real for international students who may not be able to visit home over Spring Break, or whose parents may not be able to attend their graduation. In these times, I think it is important to remember that no person accepted to the United States as a refugee has been implicated in a major fatal terrorist attack since the Refugee Act of 1980. This country was founded as a cultural mix, and we must not let fear guide our actions. Closing with the words of GT President Bud Peterson, “Georgia Tech is a stronger, better place because of the contributions of our international community. You are welcome here, and you are valued.”

Click here for an awesome video of our day from our co-sponsor, PURE.