Lessons from the Land of Fire and Ice

Iceland is a magical place. A land filled with contrasts and extremes. A land filled with volcanos, and at the same time covered in glaciers. A land of people who believe in mythical creatures like trolls, ogres, and elves, and all the while possess an incredibly adept knowledge of the inner workings of their energy supply. A land with only 350,000 inhabitants, and a virtually unlimited supply of energy. 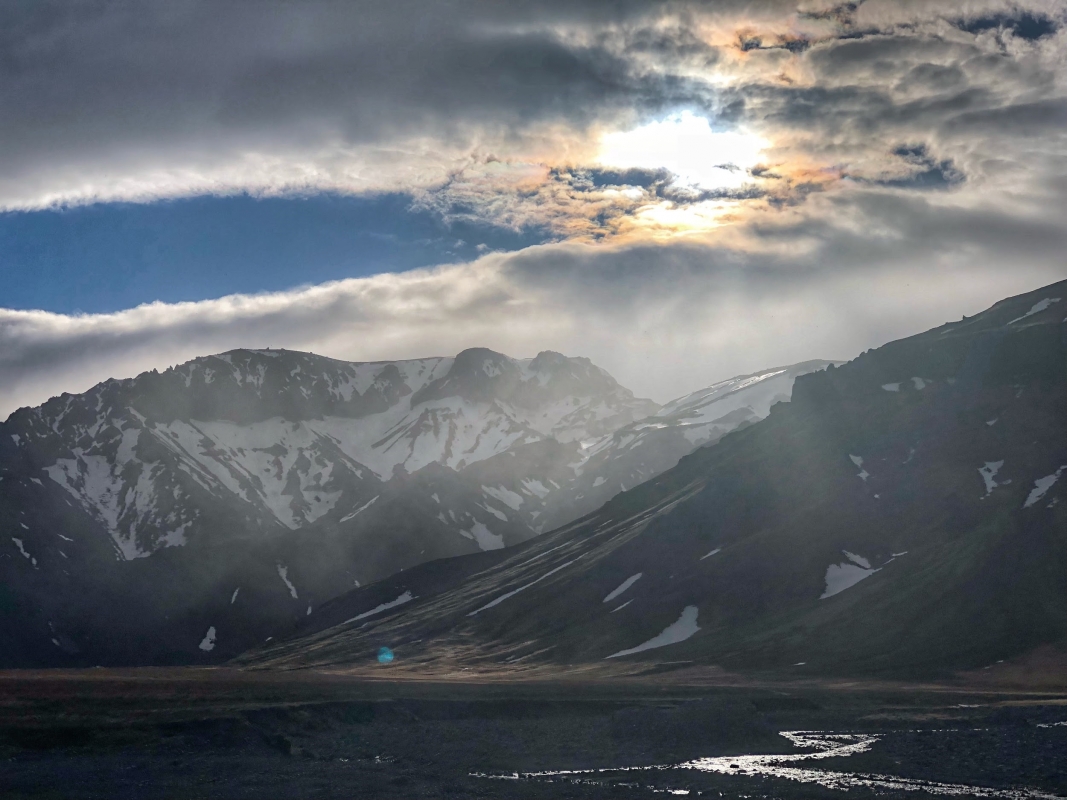 So what lessons can we learn from this Land of Fire and Ice? How does a country with the potential to be the richest nation in Europe, balance their stewardship to their land and its citizens, and how can we apply these notions to our lives in the United States.

At the end of March, I was fortunate to fulfill a dream of mine, and experience Iceland for myself. I traveled as part of an education abroad experience called the GREEN Program. This program provides short- term experiential trips for students, focusing on a full immersion of the material studied, the culture of the country visited, and the adventure found in these places. In my time there, I did everything from visit one of the oldest hydroelectric power plants in the country (which is still fully functional), to hiking the Eyjafjallajokull Glacier. 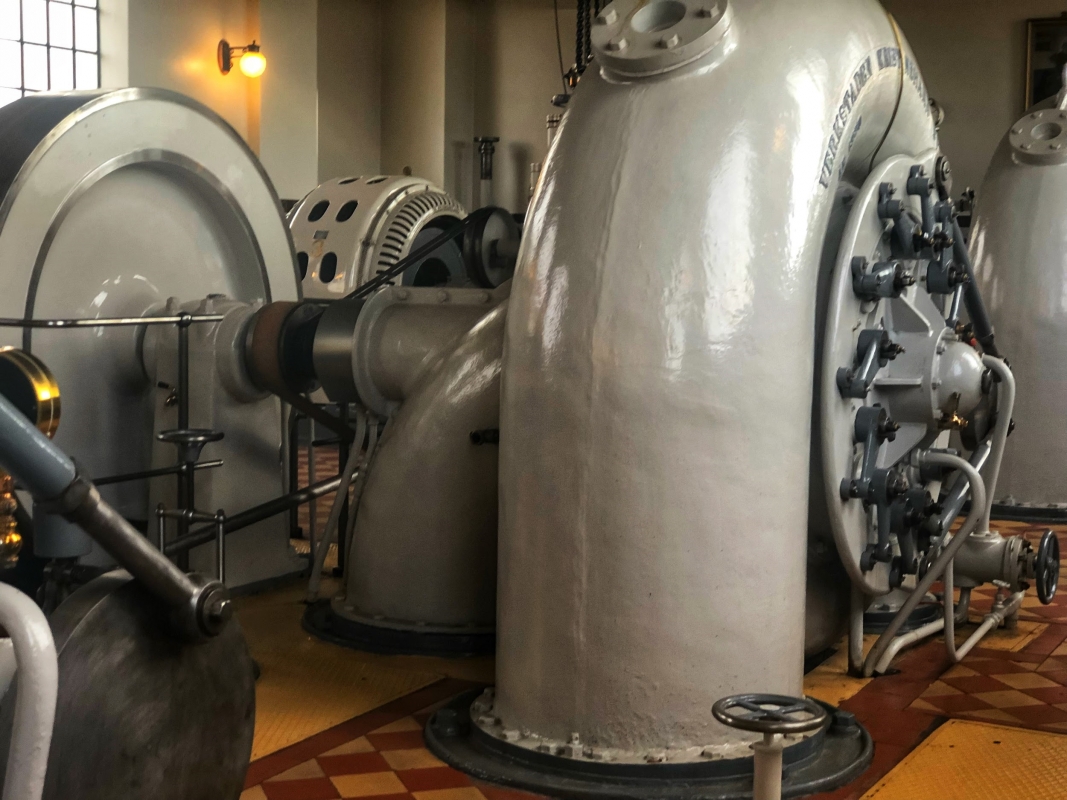 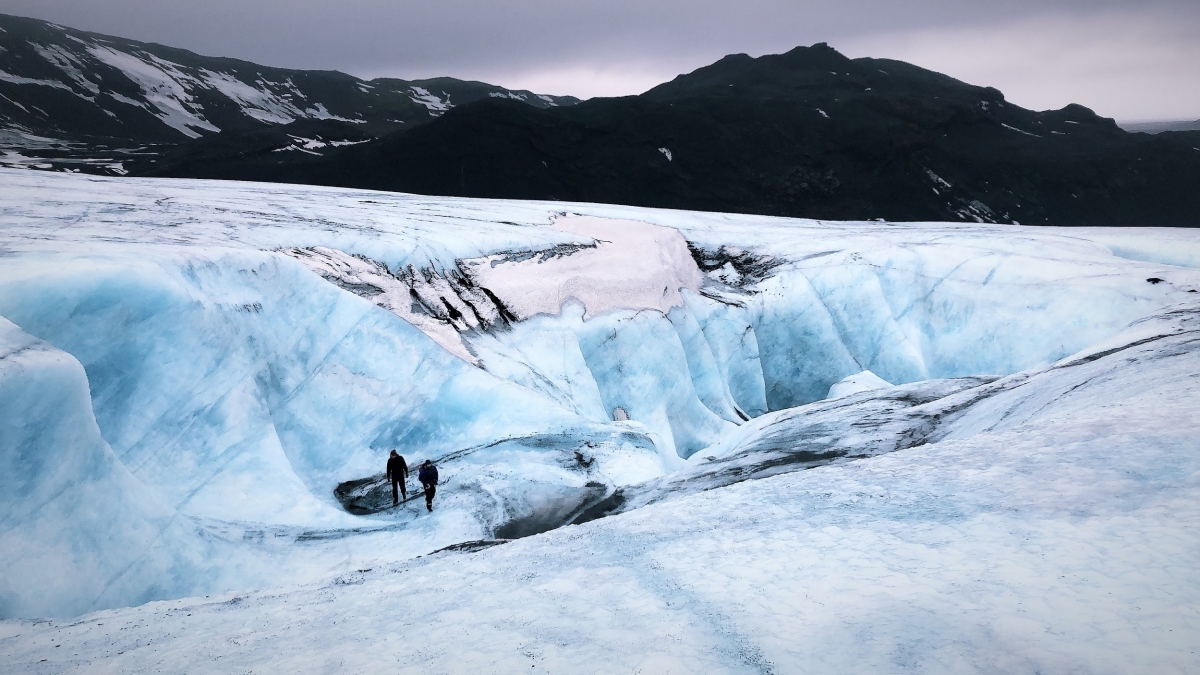 When analyzing Iceland Sustainability from the three E’s, (Equity, Economy, and Environment) it is clear to see why Iceland consistently ranks as one of the ‘greenest’ and most sustainable countries in the world. The concept of sustainability is so deeply rooted into every facet of Icelandic life.  Its natural landscape, and the preservation and conservation of it is a notion that permeates in every conversation and decision that the Icelandic people take.

Iceland derives the majority of its energy, from renewable sources. In fact 85% of its energy is solely renewables, most of this from hydroelectricity and geothermal power. Iceland has found a way to seamlessly integrate the volcanic activity of the country and its rich water resources to harvest energy for its tiny island. In Reykjavik, this clean energy is used to warm all homes, light the streets, bring power to greenhouses, heat outdoor swimming pools, and bring industry to a once poor nation.  For a long time, Iceland was considered one of the poorest and least developed European nations. From the beginning of settlement, Icelanders found themselves struggling to survive in the extreme climate. You see, Iceland wasn’t always the model of sustainability it is today.

In the days of early settlement, Iceland was covered in trees and looked nothing like the arid, otherworldly landscape we’ve grown to recognize.  Icelanders primarily used wood to heat their homes and cook, which led to a massive deforestation and desertification of the country. In the 1900’s, Iceland adopted fossil fuels as the main source of energy and began to expand its fishing industry. However in 1970, as oil prices rose, Iceland found themselves struggling to afford the import of oil, and had to look to other sources of energy for survival.

Iceland’s ‘Green’ Power has been the driving factor in increasing the standard of living in Iceland. It has provided warmth, electricity, food, and community. Today, Iceland ranks high in measures of political and social stability and standard of living.  Iceland boasts ranking first on the Global Peace Index, and ranking 2nd on highest quality of life in the world.

The adoption of sustainable energy has also allowed Iceland to reach new heights in economic stability. The massive amounts of clean energy available allowed Iceland to bring in companies from Australia, Ireland and the US for aluminium smelting, bringing industry to a former fishing society. Iceland has seen a massive decrease in unemployment rates, with only 4.8% of the population being unemployed as of 2012. Additionally, Iceland has one of the lowest rates of economic inequality, and recently made it illegal to pay women less than men.

Many people would be quick to discount Iceland’s efforts in sustainability as a rare case: An island of less than 350,000 inhabitants, sitting on a continental divide, just south of the Arctic, thereby giving way to massive amounts of renewable energy resources. However, having experienced this country firsthand I can say Iceland’s merits in sustainability is worthy of their title as one of the most sustainable places on the planet.

One of the most inspiring things I witnessed in Iceland, was the love and respect Icelanders have for the land they call home. They never seem to want to conquer or exploit the land, but instead they attempt to work with the land, and grow alongside it. While hiking, we practiced ‘no-trace’ hiking which aims to minimize the human waste and impact of outdoor recreational activities. Sometimes, we even went as far as to take longer, alternate routes so as to not damage the Icelandic moss. 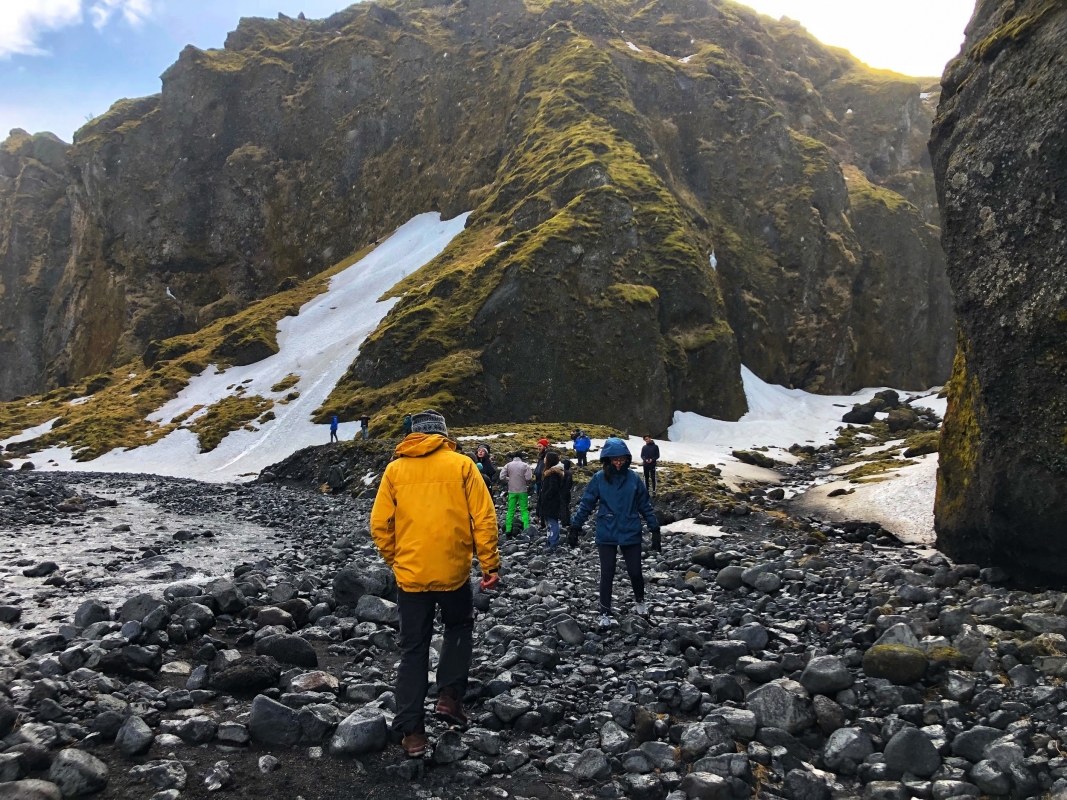 Instead of trying to compete with nature, Icelanders recognize that ultimately their fate is in the hands of nature and not the other way around. Icelanders also recognize their environmental shortcomings. One of these areas of improvement is Iceland’s reliance on fossil fuels for transportation. Despite this dependence on gasoline fuel, Icelanders are actively trying to find solutions. In 2003, the world’s first hydrogen filling station opened in the Reykjavik, providing  hydrogen powered buses that run throughout the city.  During my trip, we visited Þorvaldseyri farm, a farm impacted by the eruption of Eyjafjallajokull in 2010. This farm has since recuperated from the impact of the eruption, and is currently pioneering research in biofuels, with its production of biodiesel from the rapeseed plant. 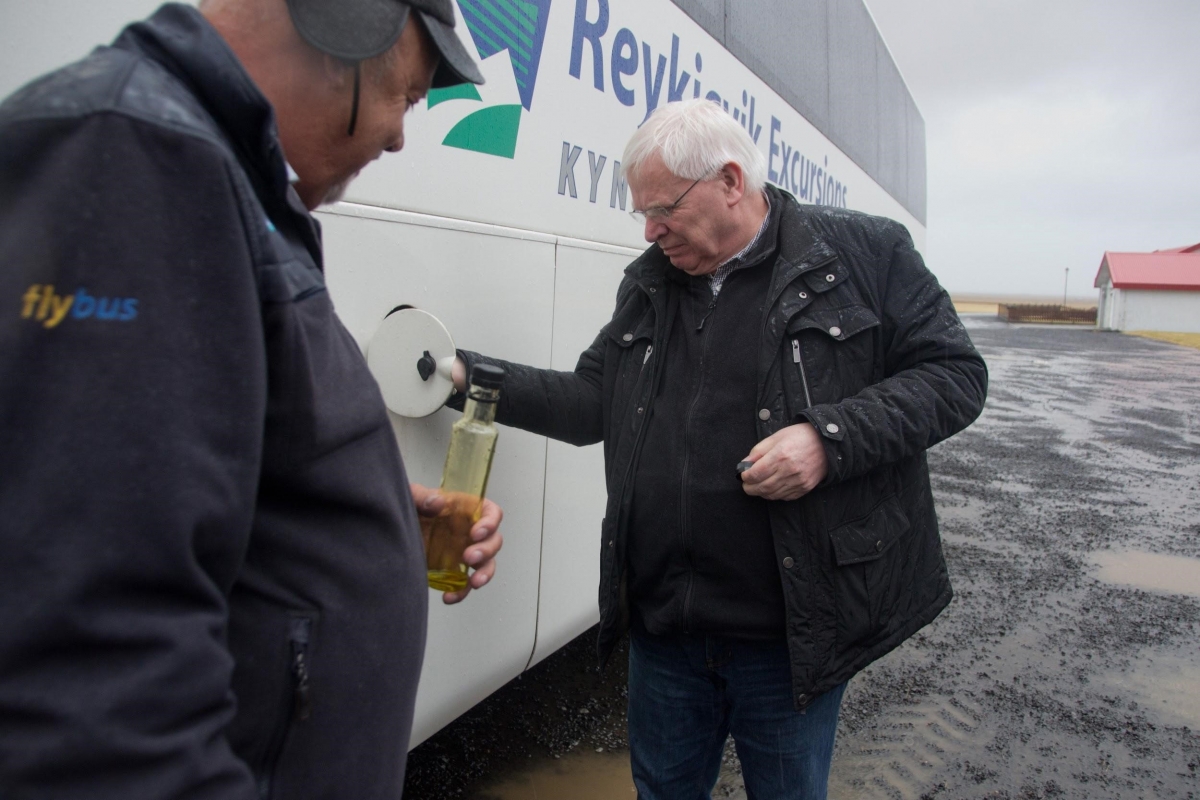 Another concern for environmentalists in Iceland is wasteful consumption. Even though, Iceland has an abundance of natural resources, many icelanders feel they should still try to lower their carbon footprint and consume responsibly. From the airport to the universities to the guest houses, you will see energy saving and water consumption minimizing technology. 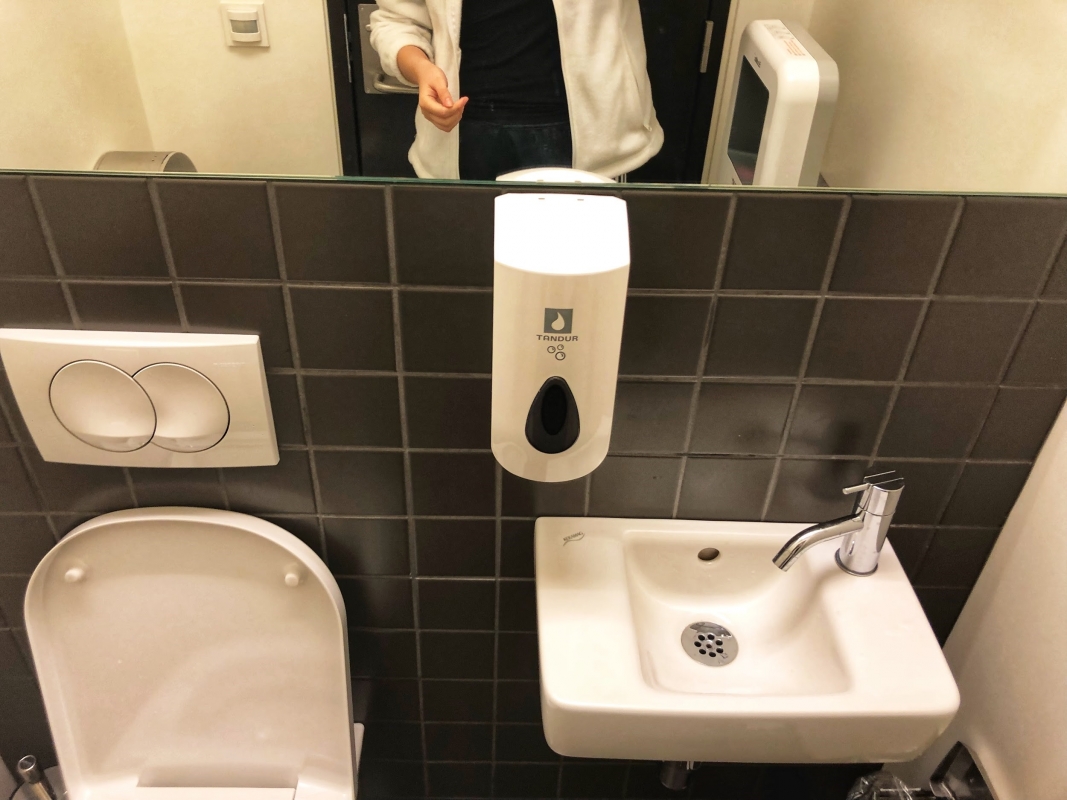 In a conversation, with one of the program facilitators, Bjarni Guðmundsson, I asked what he thought of sustainability in Iceland, he replied, “We are very lucky to have clean energy in Iceland, but we can’t take that for granted. Many times we don’t realize how much we use, because we think we have an uncapped supply of clean energy.  We are trying to lower our consumption, and recycling efforts are increasing, but still it is not enough,  we need to do better.”

Perhaps these are the most valuable lessons we can learn from a nation that once depleted so much of its natural resources, and now leads the world in sustainability. To realize that the land is not ours to take,  and in this way, act as stewards of the land. To understand that this is our home, and that we are dependant on it.  To practice environmental responsibility in every aspect of life and industry. And finally, no matter our efforts, to always strive to be better than we were before. 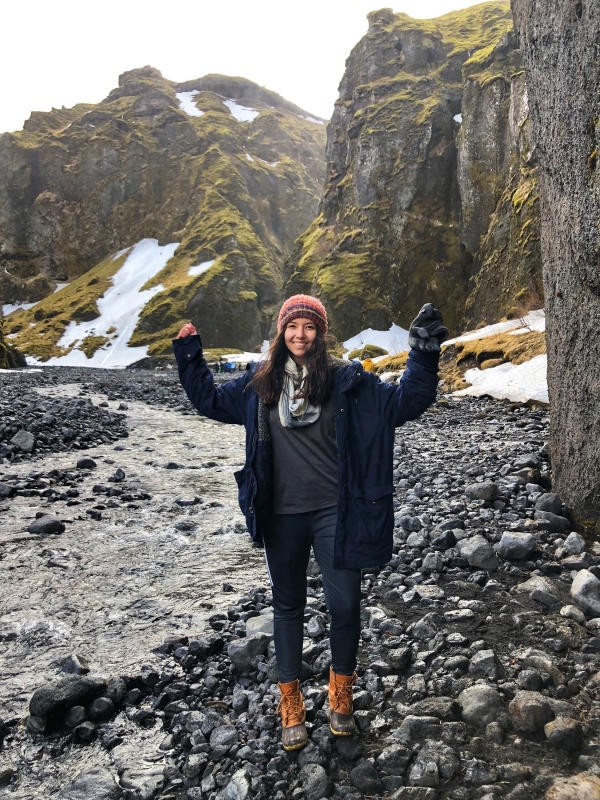 Thank you to the Serve Learn Sustain Department and the School Electrical and Computer Engineering for sponsoring such a magical and transformative experience.