We are pleased to provide you with the third in a series of blog posts from our 2017 SLS Global Student Ambassadors.  As one of the Ambassadors, participating in the Japan Summer Program in Sustainable Development, Emma Browning, provides a perspective on sustainability in a rural area of Japan (Ogaki City) versus a metropolitan area of Japan (Tokyo). 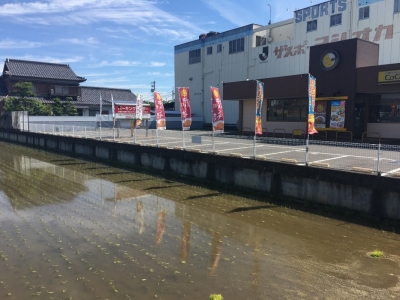 A fast food curry restaurant situated next to a rice paddy in Ogaki City. Compared to Tokyo, Ogaki has a great deal more agriculture coexisting with its more modern shopping and entertainment - it’s difficult to walk anywhere within the city without stumbling across a rice field or a community garden. This mix of traditional and contemporary keeps the environment in constant focus rather than brushing it off as a vague, irrelevant side issue - while by contrast, Tokyo’s green spaces are usually segregated from the rest of the city into parks, which takes away some of their importance. 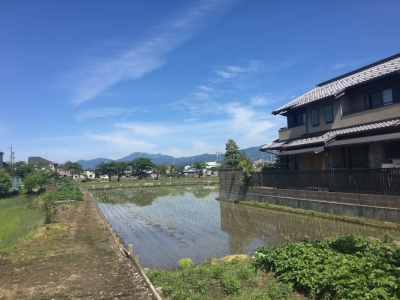 A picturesque view of Mount Ikeda, Mount Nangu, and Mount Ibuki from mid-Ogaki City. Ogaki City is in central Japan, between Nagoya and Kyoto, within the Gifu Prefecture. As the second largest city in that prefecture, it has a population of 160,000 that has in recent years been shrinking due to a low birth rate and an exodus of young people to larger cities. One of Ogaki’s primary sustainability problems is to maintain its population while also providing quality care to an increasingly elderly population. This is a problem we attempted to solve in one of our classes, providing policy recommendations to hypothetical Ogaki officials. 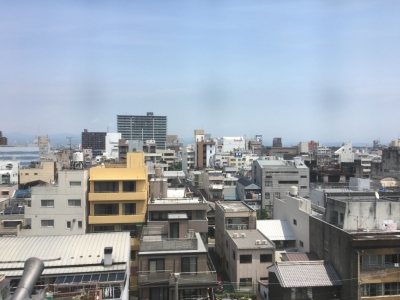 A view of “downtown” Ogaki City from Ogaki Castle. Unlike most more rural towns in the United States, especially suburbs (as this town plays a role as to the larger Gifu and Nagoya cities), the populace lives densely in closely-packed apartment buildings, as opposed to the less dense American suburbs with manicured lawns and automobiles for transportation. More dense cities with public transportation, as can be found in even the rural areas of Japan, are arguably more sustainable and impact a smaller land area than urban sprawl. 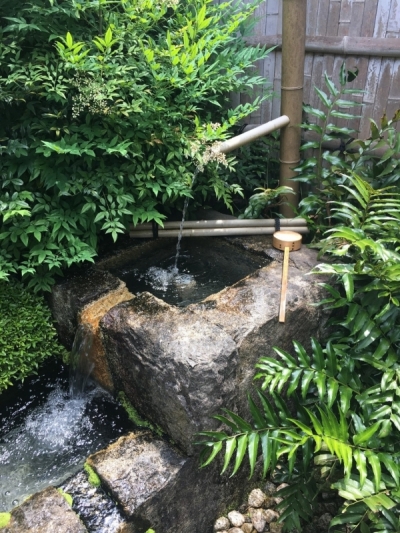 A natural spring outside a garden in Ogaki. Known as the “city of water,” these natural springs can be found all around the city, anywhere from shrines and temples to parks and street corners. While the water can be used to purify oneself at religious sites, it is also available for all to drink. At some springs, 100 yen (approximately one dollar) will allow someone up to 100 liters of water, provided they bring their own carrying containers. This connection to nature has promoted to tourists due to its unique nature (and necessity in the hot Japanese summers!), but tourists are still more drawn to the larger cities of Tokyo and Kyoto, as well as more famous small towns. 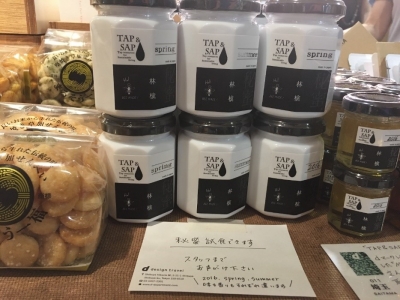 A product for “sustainable living” found at the D47 Museum, a store which sells products from all 47 of Japan’s prefectures. Sustainability has become a symbol of luxury, as many brands in high-end stores in Tokyo as well as the United States advertise well-sourced and environmentally-friendly products. While this pursuit is certainly admirable and contributes to a growing concern for environmental sustainability, it may relegate eco-consciousness as a concern for the wealthy at a time when Tokyo’s overall consumption is at an all-time high  - but everyone can do their part to consume less and be more sustainable. 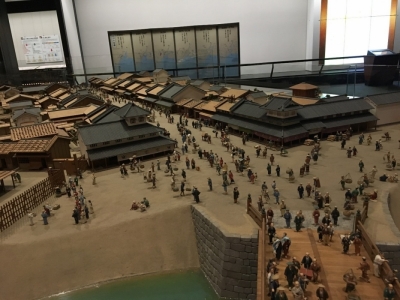 A model of Edo-period Tokyo as seen at the Edo-Tokyo Museum. Tokyo has grown from a small fishing village to the world’s largest megacity in the span of four hundred years - and had its share of sustainability issues along the way. After being almost destroyed in firebombing during World War II, it devoted its focus entirely to rebuilding industry, at the cost of becoming one of the most polluted cities in the entire world in the mid-1970s (which is saying something!). However, due to stringent anti-pollution policies and a great deal of resources devoted to cleanup, it is now far less polluted than its East Asian counterparts and even than some American cities. 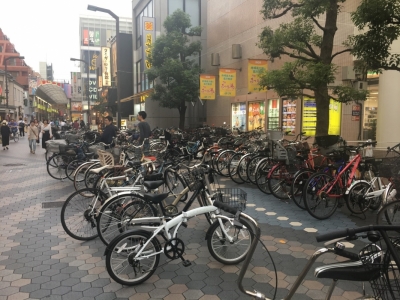 Bicycles parked outside a grocery store in Asakusa. While cars are still widely used throughout Tokyo, public transport and bicycles are still the vehicles of choice. This leads to rather odd sights - like this storefront crowded with bicycles or entire parking decks full of them. With a metro system often filled to 190% capacity, bicycles are an easy way to navigate the dense city. The “suburbs” near the Tokyo Tech campus are only a few miles away from the city perimeter of the Yamanote Line, making walking and biking viable options in these compact neighborhoods. 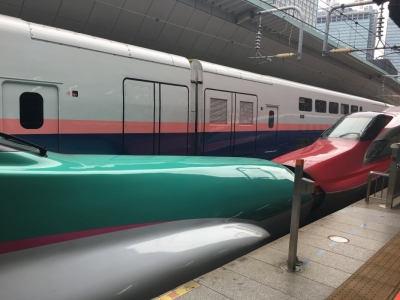 Shinkansen (“bullet trains”) at the Nagano train station. The Japanese transportation system is internationally renowned for its efficiency, punctuality, and ease of use. Trains link the entire country, whether through the local lines running through Tokyo or the shinkansen canvassing the countryside. This is one of Japan’s greatest claims to sustainability: electric public transportation used by almost everyone in the country as a fast and environmentally-friendly alternative to flying or driving. In addition to its convenience, taking a shinkansen is a genuinely fun experience - the picturesque views, the cultural experience, and the snack trolley all contribute to an enjoyable and sustainable ride. 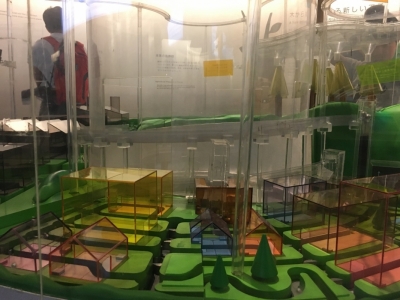 Models at the Miraikan (which roughly translates as “future center”) demonstrate the cycle of carbon through Japan’s environment and infrastructure. The Miraikan is a rather unique institution - instead of being focused on the past, as with most museums, it focuses on teaching people about sustainability and recent scientific developments. Education is the first step to creating a sustainable future - otherwise, people won’t understand the necessity of becoming more environmentally conscious. When children (and even adults!) can access understandable information about current problems and possible solutions, public support for environmental initiatives will drive change. 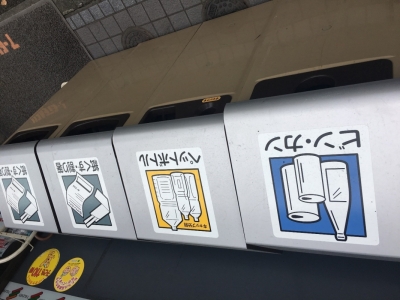 A trash sorting center for (respectively) cans and bottles, PET plastic bottles, and combustible garbage. Part of how Tokyo copes with such a large population is through excellent citizen-driven waste management systems. The resources and infrastructure are there to sort your trash - and there’s a great deal of shame if you throw something in the wrong bin! Tokyo’s 38 million citizens produce a staggering amount of trash - especially through packaging - but Japan’s overall recycling rate is only around 21%, with the rest incinerated at various plants. While recycling may seem ingrained in society, this often only applies to plastics, which are recycled at an 83% rate. Both technological innovation and public cooperation can work to achieve a greater all-around recycling rate. (Source for statistics)