Several months ago, long-time SLS community partner West Atlanta Watershed Alliance, or WAWA, reached out to SLS to see if we might help identify students with the skills to assist with a project WAWA was engaged in to assess the feasibility of tree planting to mitigate flooding in the Atlanta University Center (AUC) area, home to Clark Atlanta University, Spelman College, Morehouse College, and Morehouse School of Medicine. WAWA was partnering with Eco-Action (one of SLS’ Greater Atlanta Community Science Collaboratory partners) on a “citizen science,” now often called “community science,” project to determine how many large trees could be planted in the study area. When Darryl Haddock, WAWA’s Education Director, described the project’s need for a student who could photoshop out power lines and photoshop in mature trees, for use evaluating the project’s benefits, we immediately thought of Bits of Good. Bits of Good is a Georgia Tech student organization that connects students with local nonprofits to build web apps and support other digital projects. Darryl worked with Bits of Good on a project description to post through its channels, and Computer Science major Aparna Arul saw the post and decided to volunteer. Below, Aparna reflects on her work with WAWA.

“As I was skimming through Bits of Good's Slack channel, I saw that one of our directors had announced an opportunity to work with WAWA on a project to complete a neighborhood tree inventory, using Photoshop and other photo-editing software. While I had never heard of WAWA and had no clue what trees and Photoshop had in common, I had experience with photo manipulation and was interested in becoming more active in the 'technology for social good' sphere, so I was connected with Darryl Haddock, the education director for WAWA. I learned more about what WAWA does to preserve green space in the City of Atlanta. As someone who as a child had always answered the question "What do you want to be when you grow up?" with "environmental scientist," which were big words for an elementary schooler, I was excited to work with them, using my technical skills for causes I strongly supported. I was also excited to be contributing to a citizen science project, something I had wanted to do since I had first heard of the term. Over the course of the spring semester in my spare time, I worked on editing out powerlines from photos of streets and intersections, for use by an organization that would analyze the photos to see if the tree canopy's resilience would benefit from planting more trees and diversity of tree species. This project showed me how technical skills, in this case photo-editing, can be helpful for seemingly unrelated scientific endeavors. I am looking forward to the next opportunity I will find to contribute my technical abilities to more citizen science projects and non-profit initiatives in the future!” 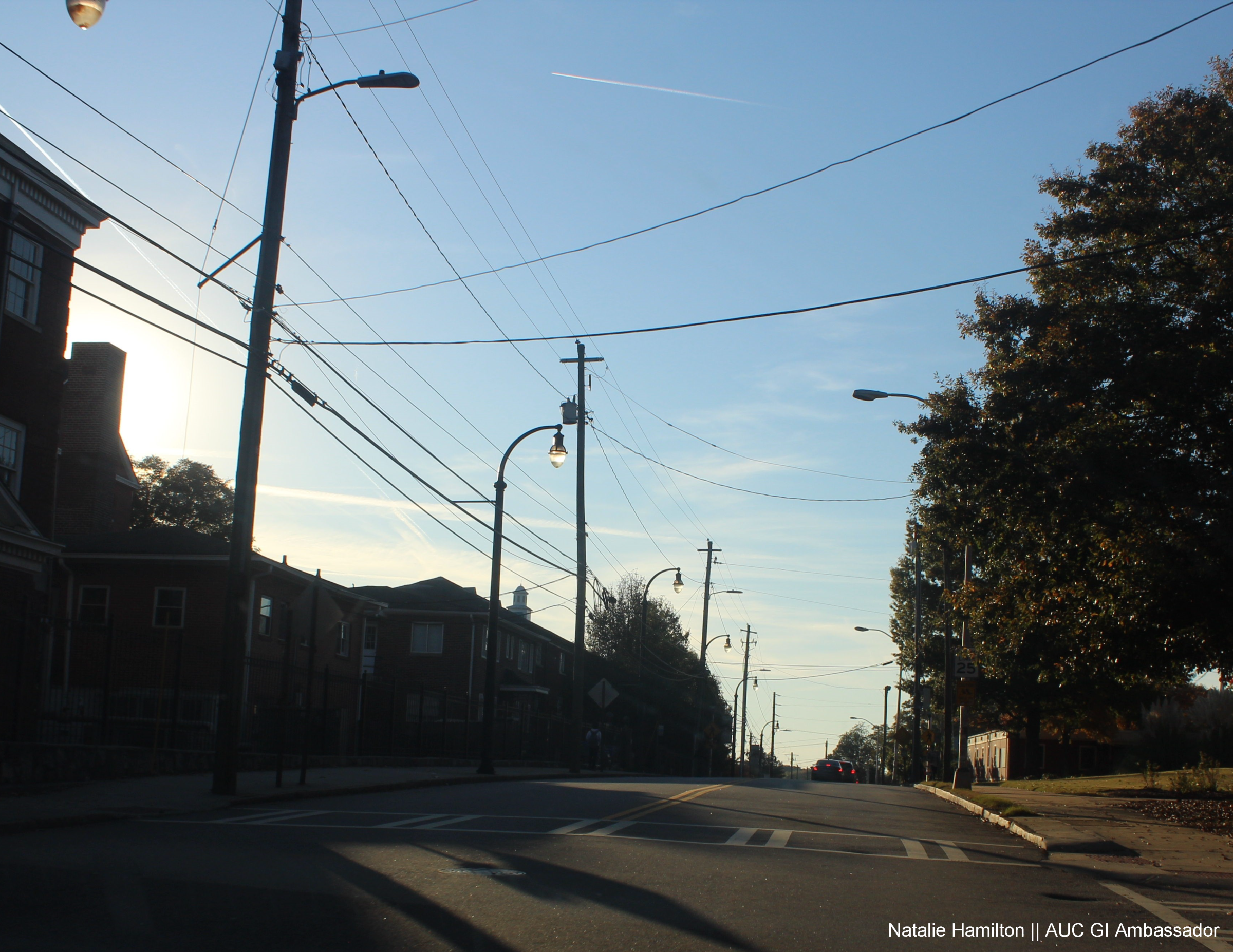 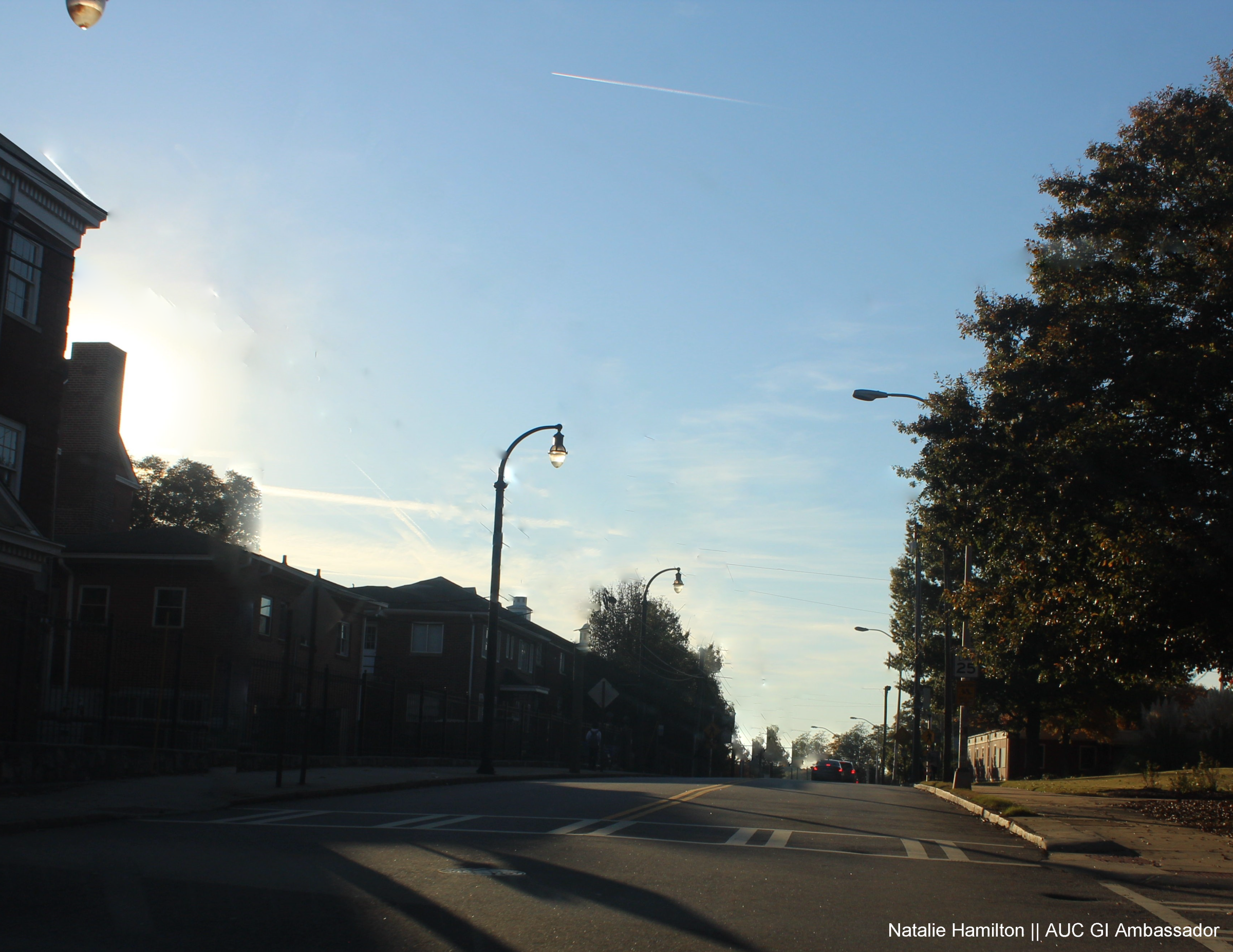 Bill Eisenhauer, who works on the project as an Eco-Action volunteer, explains that a group called Earth Economics is using the photoshopped images to calculate the value of the stormwater mitigation project’s co-benefits, including those from planting an estimated 656 big trees, mostly where there are power poles currently.  In addition, the group Engineers Without Borders has engaged Georgia Power to estimate the cost of putting the power lines in culverts under the streets, to make the tree planting project possible.  In addition, AUC faculty, staff and student groups will prepare statements outlining the value of the project. Bill shared that while “the economic valuation benefits will be the main drivers (for selling the project)… the aesthetic improvements captured by Aparna’s photoshop work will also be a major selling point. The photoshopped images she created are spectacular.”

WAWA’s Darryl Haddock was equally thrilled with the partnership. Darryl shared: "I appreciate Aparna for the quick and enthusiastic response to our project proposal. We really didn't know quite how to do want we wanted. She was able to come through with little to no support from us. That takes leadership qualities-- to volunteer for a sketchy mission and pull it together."

Similarly, at SLS we are thankful for Aparna for volunteering her time and talent, and for our ongoing partnerships with Eco-Action, WAWA, and Bits of Good!

Learn more about Eco-Action here. Special thanks to Bill Eisenhauer for his contribution to this article.