How does one design a facility that feels welcoming to folks whose origins represent more than 100 different ethnic groups from around the world?

Clarkston, Georgia, just ten miles east of Georgia Tech, is sometimes referred to as the “most diverse square mile in America” due to its large immigrant population, many of whom arrived in the U.S. as refugees. Clarkston has received recognition in Georgia and across the country for setting model practices and policies for creating a welcoming community. SLS partners with several community-based organizations in the Clarkston area including Global Growers, which has worked with three SLS student interns, and Friends of Refugees (FoR), which hosted a MLK, Jr. Day project with SLS at Clarkston’s community center in 2017. That workday led to a collaboration between Georgia Tech students and Clarkston’s Jolly Avenue Garden.

When FoR decided to build a new community center adjacent to the Jolly Avenue Garden, former Executive director Brian Bollinger reached out to SLS and posed the question above: could Georgia Tech students work with FoR and Clarkston community members to help ensure the facility would be as welcoming as possible to the diverse community of Clarkston? FoR envisions the future Jolly Avenue Development Center (JADC) as a welcoming space where residents can “safely share life together.”

Dr. Allen Hyde, Assistant Professor in the School of History and Sociology, has been working with Clarkston youth for several years as a volunteer soccer coach with UPPER90. UPPER90 is a soccer organization founded by Jorge Vallejo that helps immigrant youth and youth of color learn soccer and life skills in the Westside of Atlanta and Atlanta’s suburbs in Dekalb and Gwinnett counties. Dr. Hyde immediately recognized connections between the JADC, the challenges and opportunities of the Clarkston community more broadly, and core concepts in the course he was preparing for fall semester--Social Issues and Public Policy (HTS 2016). This course centers on social issues associated with American society, helping students explore how social policies shape issues of the economy, environment, healthcare, transportation, finance, inequality (race, class, and gender), and politics.

In response to the FoR invitation through SLS, and drawing on his contacts with UPPER90, Prof. Hyde developed a service-learning project for his students. The connections between the course and this particular project came to light during UPPER90’s summer of 2020 COVID-19 response, when many of the player’s families faced hardship due to job or income loss, as well as the after-effects of online school in the spring. In the fall, UPPER90 helped to host a socially distanced online school support program, as many of the students faced significant challenges due to unreliable internet, English as a second language issues, and parents who often worked during school hours. 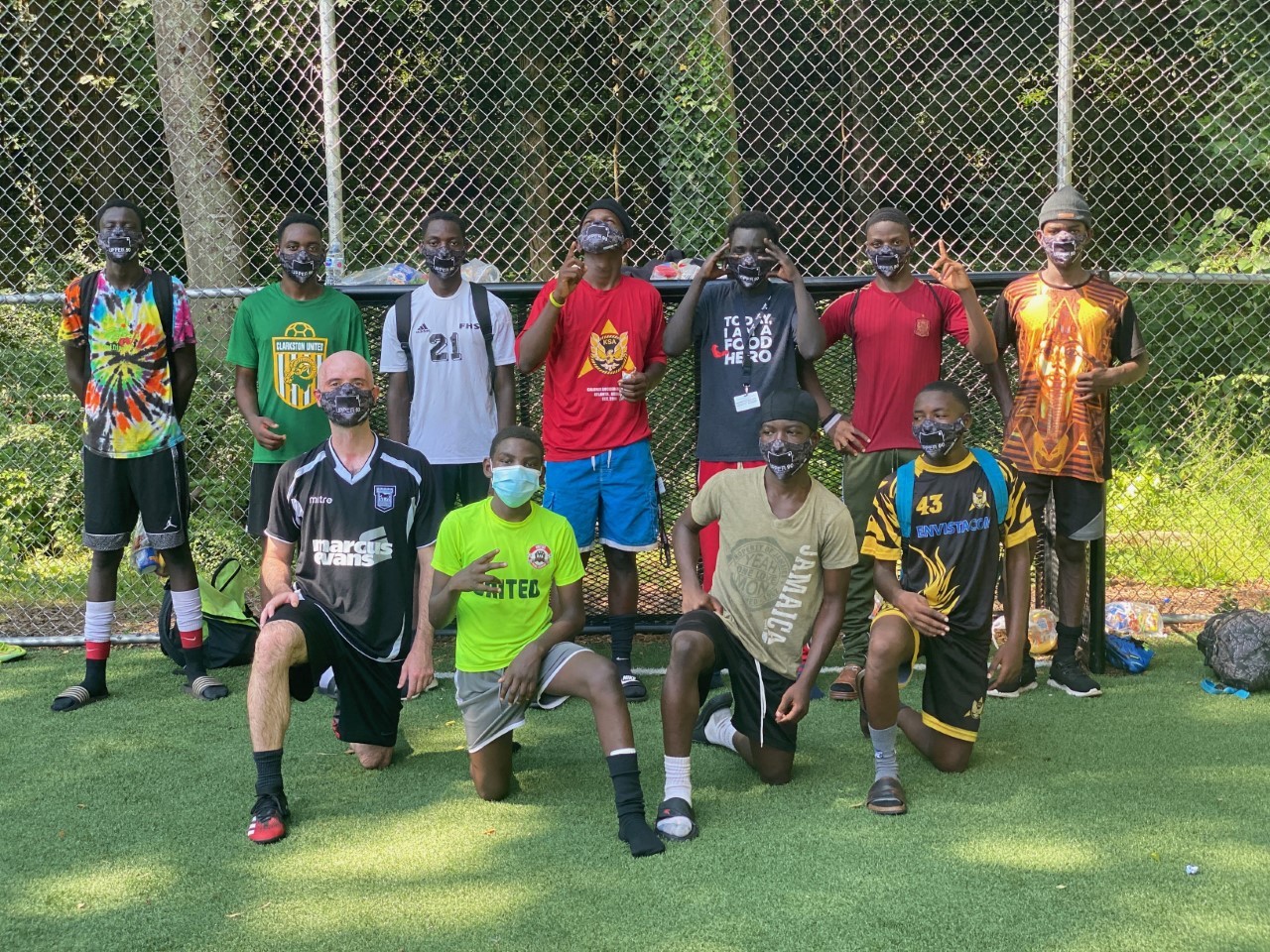 Georgia Tech students in Hyde’s class interviewed three groups of three youth (nine in total between ages 10 to 17), all residents of Clarkston who immigrated to the U.S. While these interviews may not have been representative of all youth in Clarkston (all young men, all soccer players), they do provide insight into the specific wants and needs of this subset of youth. Because of the pandemic, student teams completed all the interviews virtually, averaging 30-40 minutes per interview.

Prior to conducting the interviews, Hyde’s students learned about the Clarkston community and social policy relating to immigration and refugees in the U.S. One of the key concepts of the course revolves around “voice” from economist Albert O. Hirschman’s book Exit, Voice, and Loyalty. In brief, when members of an organization or community perceive significant problems, they can exit (withdraw from the situation), or they can voice (attempt to repair or improve the situation through communication of the complaint, grievance or proposal for change). Given that many residents of Clarkston have already had to leave their home countries at least once in their life due to war, violence, or oppression, Clarkston has become their new home. While there are many things that residents like about Clarkston (especially its welcoming nature), many have concerns about the community (like the rising cost of housing and access to jobs). These concerns, and residents’ wants and desires about Clarkston’s future, are often unheard or lack outlets for expression. This is especially the case for youth, who are the future of the community but often have little to no input on decisions and community planning that affects their lives and futures. Through the partnership with SLS, FoR and UPPER90, Hyde’s students were able to collaborate with Clarkston youth to give voice to their experiences, perspectives, and priorities—for the JADC and for Clarkston, more broadly. Students learned how to conduct and transcribe interviews, and did supplementary research on community center designs for the countries of origin of the youth that they interviewed.

Hyde’s student teams asked the Clarkston youth they interviewed a variety of questions designed to provide the JADC designers a sense of their preferences and perspectives regarding building design. These questions included: “When you think of your parents describing a building that is beautiful to them, what might it look like? What would they say is a beautiful place?” In response to questions about what makes a building, like a community center, seem welcoming, responses included art and flags from their countries of origin, and places to play together. One said, “They (parents) would like   to see art and flags and decorations on the buildings.”

It was clear that the youth interviewed highly value their participation in the soccer program. As one player shared: “Yeah, so like if you don’t play soccer for a week, it feels different. Like the quarantine thing, we hadn’t played soccer for 3 months; and we feel like we were lost, we couldn't do anything. Soccer is just… we just can’t live without soccer, that’s how we feel.” Beyond soccer skills, they expressed that soccer helped them develop important life skills and discipline, such as “respect and other things. To learn how to get to know people.” As a result, access to better and open soccer fields for practice and pick-up games emerged as a community priority, particularly because some spaces may be unsafe due to broken glass and poor upkeep.

The youth were also invited to share ideas about programming for the new center. In addition to soccer and swimming, they expressed interest in art, music, and STEM classes. Music and video production were particularly appealing, and they can provide technical skills that can translate into jobs in the future. One of the youths expressed his desire for classes on shop and car repair: “Basically like helping people build things, new things. You might like working with wood. You could build things with that. And also, car repairs.”

While the original purpose of the project was to provide a voice for Clarkston youth in the design of the JADC, Hyde’s students also gained a broader perspective about what aspects of life in Clarkston have felt welcoming—or not—to the youth they interviewed. For example, a number of the teens described friendly and welcoming teachers, students, and community volunteers, but also said they had experienced racism. In addition, they shared some things that could improve the lives of family members, like expanded access to adult English as a Second Language (ESL) courses and support groups for African women. Several of the youth also mentioned lack of good transportation options as a barrier to participation in after-school activities. Given our increasingly digital society, as well as current trends in online learning, safe and reliable access to Wi-Fi was also a major priority for them and is key to their academic success and trajectory.

Katherine Mittleider, a GA Tech Computational Media major, described the impact of the course in the following way: "Being able to take part in a SLS Course was amazing! I loved being able to interview the youth of Clarkston and glance into their everyday lives and routines. I enjoyed listening to them rave about soccer and describe ideas of what they wanted to see incorporated in their community center. However, the main take away from these interviews was how many called Clarkston their home. I was quickly able to grasp how Clarkston is an open and accepting community and how refugees and immigrants (often) feel understood and welcomed upon arrival. This experience was one of a kind, and I loved discovering how Clarkston, being just 20 minutes away from the GT campus, is home to many unique cultures and ethnicities."

Allen Hyde is Assistant Professor in the School of History and Sociology at Georgia Tech. Recently he won the George C. Griffin Faculty of the Year Award “for engaging with issues that local Atlanta communities face and for the passion and care that he takes in his teaching.” He has partnered over the last two years with the Grove Park Foundation on an oral history project for which students have interviewed longtime residents of nearby Grove Park about their attitudes toward development and the threat of displacement. 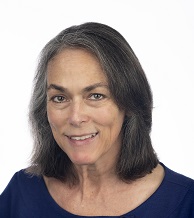 Rebecca Watts Hull is a Service Learning and Partnerships Specialist with SLS and has an adjunct appointment in the School of History and Sociology. Her role with SLS includes facilitating course/community partnerships such as the one described in this article.