SLS sponsors several capstone teams each semester.  This summer, an SLS- sponsored Mechanical Engineering team won Expo with a project guided by Isaac Zama, a native of Southern Cameroon, who has worked with GT students in past semesters and greatly enriched students’ experiences of social impact project work.  Below both Zama and the student team leader, Louis David Nicoue, describe and reflect on the Coco-Yum project, which has as its context traditional culinary practices in Cameroon.  Read on to appreciate the hard (and very quick!) work of this wonderful team and mentor. The student team included: David Kouetey Nicoue, Ben Immerman, Evan Williamson, Repp Ledger, Dan Pietsch and Henry Mills.

If you are a faculty member or a student who teaches or will take capstone design in any major and would like to engage SLS, or an SLS partner, please take a look at our webpage, and send along any questions to SLS Service Learning and Partnerships Specialist,  Ruthie Yow.

The goal of the project was to design a simple, manual and affordable (under $50) machine to process [cocoyam] for mothers in villages that have no electricity in order to reduce the amount of time spent on preparing the meal, [and free up] time for other activities. [The students focused on two dishes]: Achu, a mashed-potato-like dish made out of boiled and pounded cocoyams, and Ekwang - grated cocoyam wrapped in vegetables. Both are staple meals across much of West Africa. Traditionally, Achu is pounded in a mortar using a pestle, and it takes about 1-2 hours to prepare the meal for a family of 5. Manually grating Ekwang is fraught with risks of hurting one's fingers, and the process takes about an hour for a family of 4.

Working with the students who designed the machine - Coco-Yum - has been a real pleasure. The students were very excited during our initial contact to undertake a project that would have a direct and immediate impact on the lives of women who do most of the cooking in Africa. Their engineering and inquiring minds made them ask practical questions that I had not considered at all when I proposed the project. This led me to hurriedly find a Southern Cameroonian lady in Atlanta who walked them through the the process of making of Achu & Ekwang, as it is done by our mothers back in Africa. This gave them a good idea of how to design the machine, and it turned out PERFECT. It still seems like a dream that the students were able to come up with the final product in under 3 months. The students and I had weekly meetings during which we went over various design iterations. Their hard work paid off.

The originality of the project was really appealing to all of us from the start. The interesting part was that it would eventually help people in need both financially and by reducing drudgery. Processing the food at the desired consistency was our first major challenge because there was nothing specifically designed for processing cocoyam on the market. Some people would use electrical juicers but they would require both access to electricity and more money. Our goal was to make it available for the maximum amount of person regardless if their financial and physical abilities.

I am originally from this part of the world so I was aware of the difficulties people would encounter on a daily basis. The main point about the communities the device will serve is that traditionally . . .  women are in charge of these types of chores which requires a certain amount of physical labor.   Most household don't only cook for themselves (family members) but also for any type of neighbors, friends or extended family  who could unexpectedly stop by during meal time. Therefore, women always cook in big quantities.  Using our device, women would have more free time for themselves while being able to process more cocoyam with less physical labor. The device would also serve a possible entrepreneur who wants to process cocoyam for a road side restaurant or other family business. 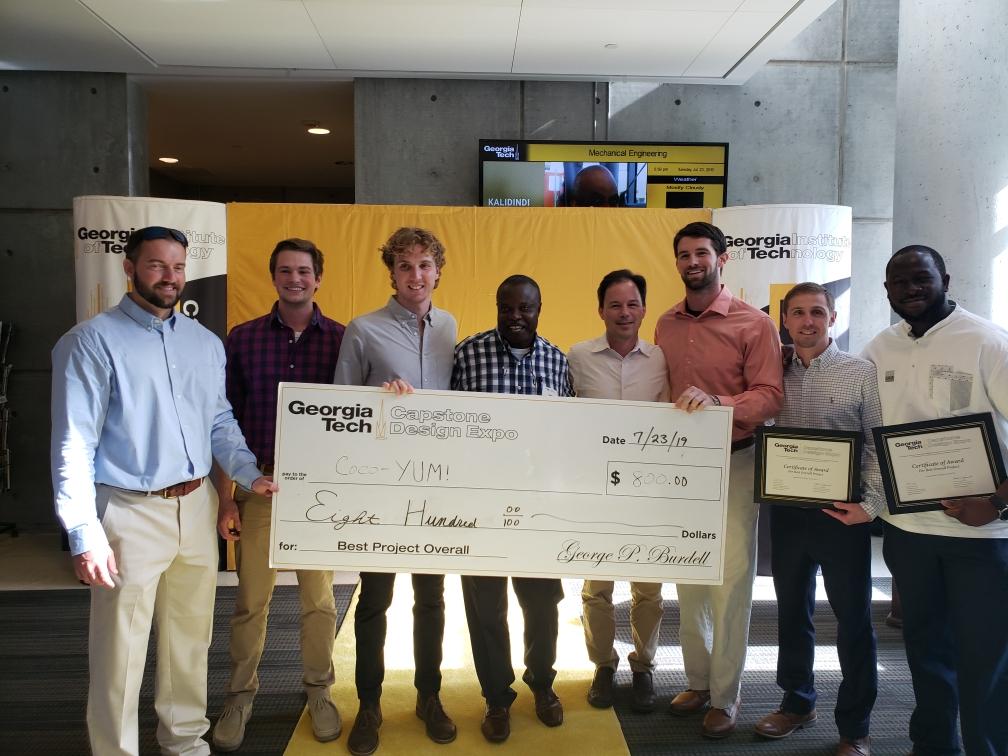